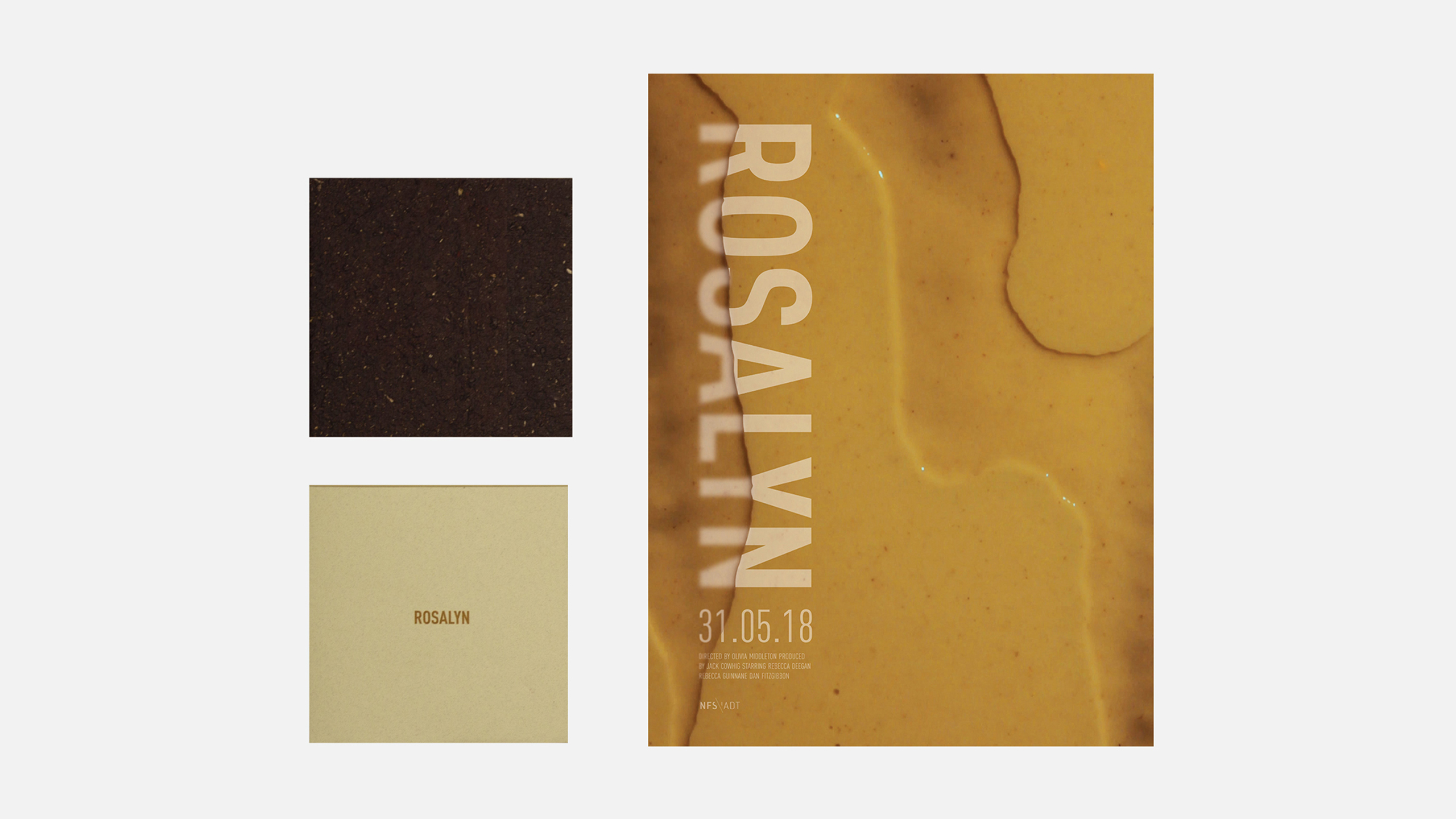 The National Film School at IADT

The film Rosalyn is about a young pregnant woman who experiences maternal depression. The director focuses on the parts of pregnancy we do not see, such as the distortion and disfiguration that happens to our bodies and how it can be a scary thing to deal with alone. This title sequence inspired by pregnancy discharge and the panic that the main character, Rosalyn, feels throughout the film. This is graphically represented through the use of texture and movement on screen as well as erratic audio. The importance of texture is continued across the promotional strategy and packaging for physical copies of the film. 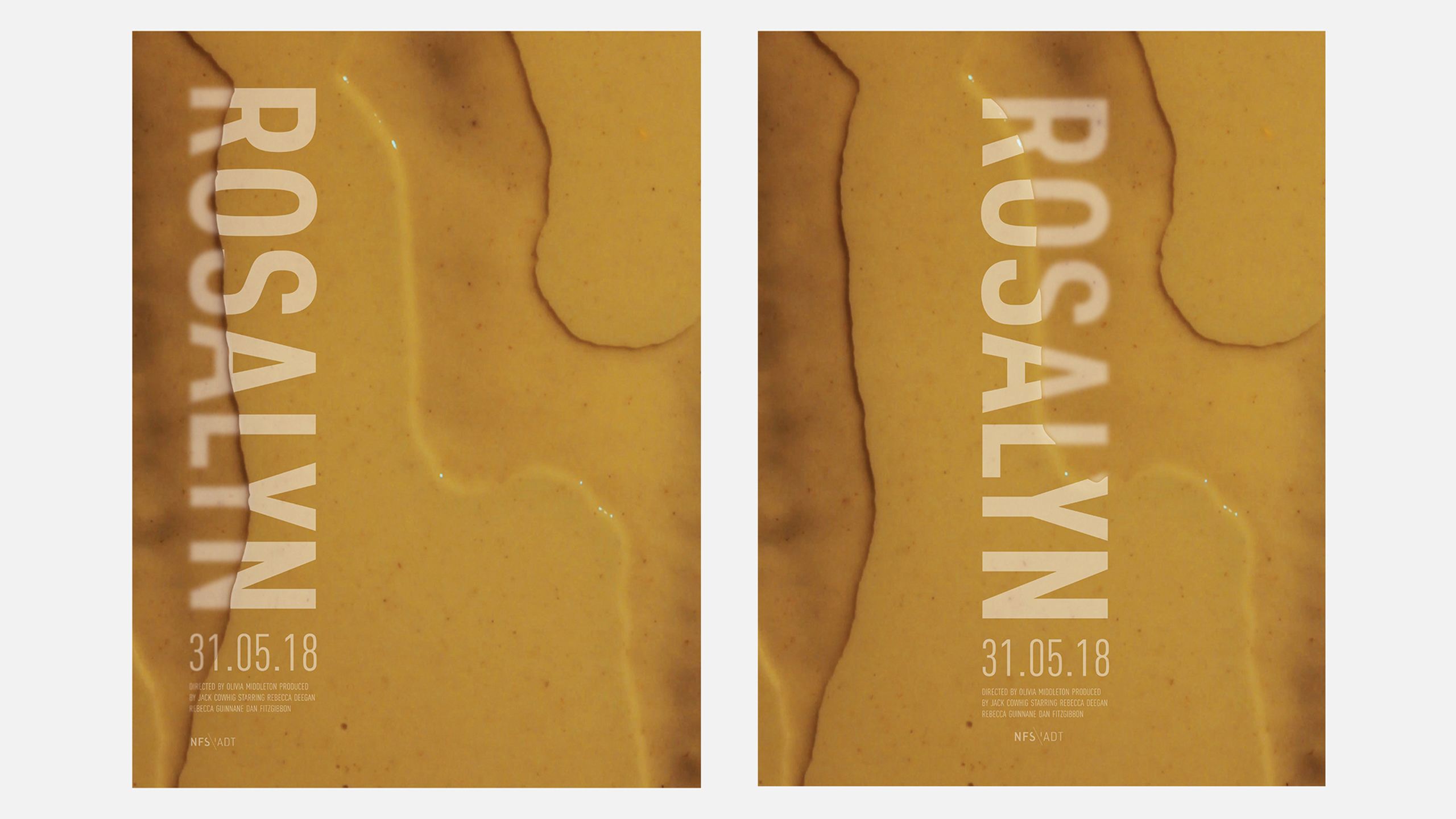 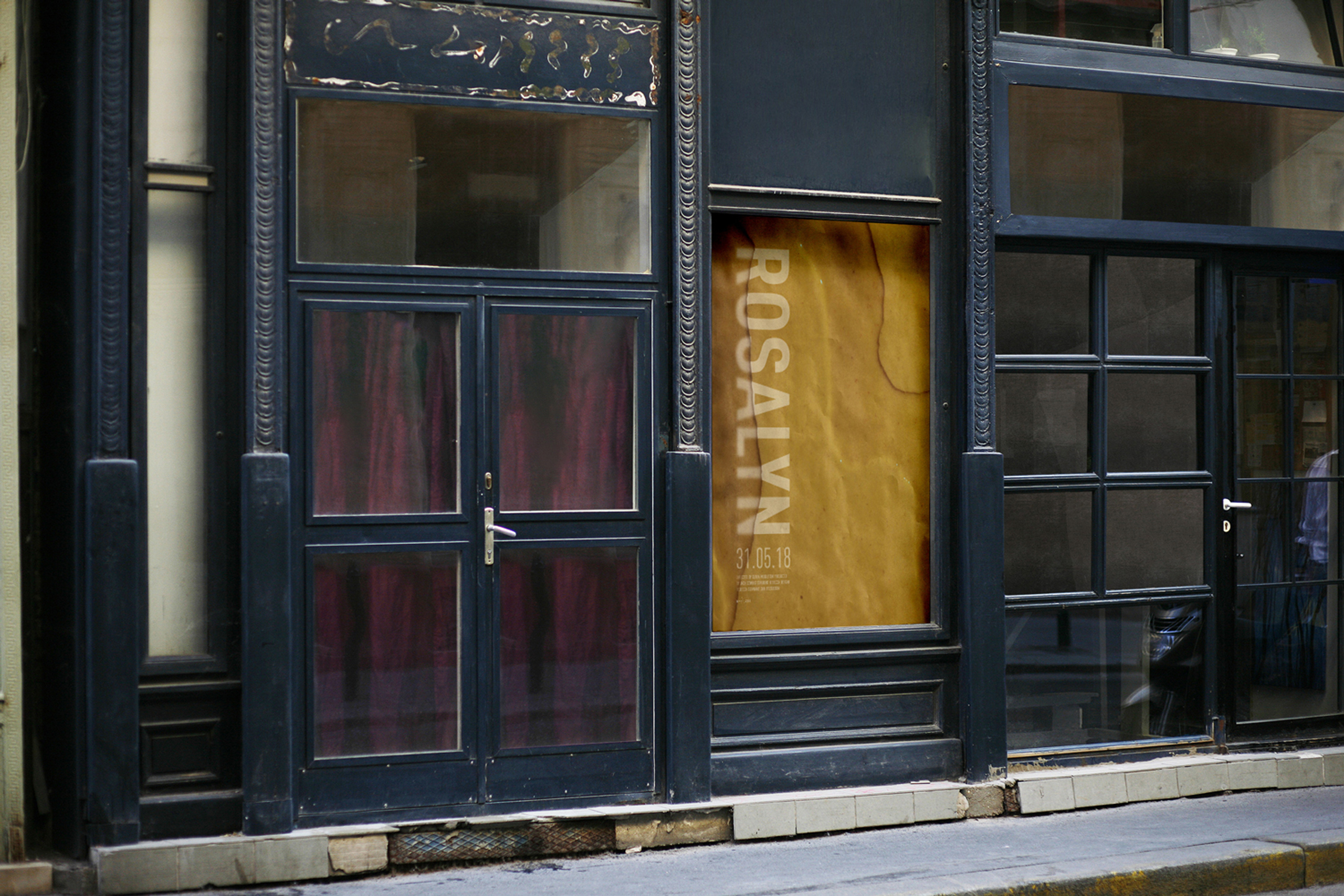 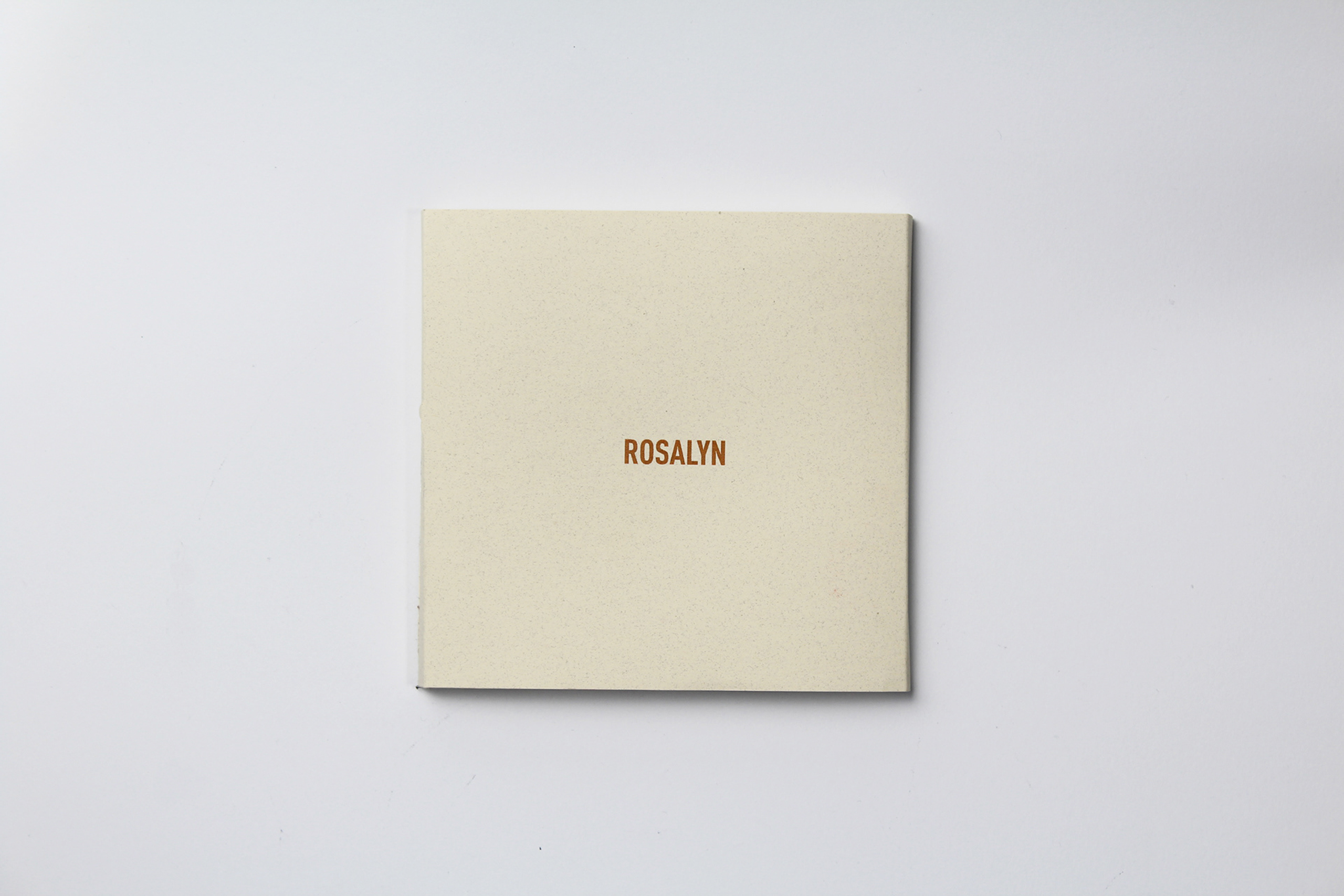 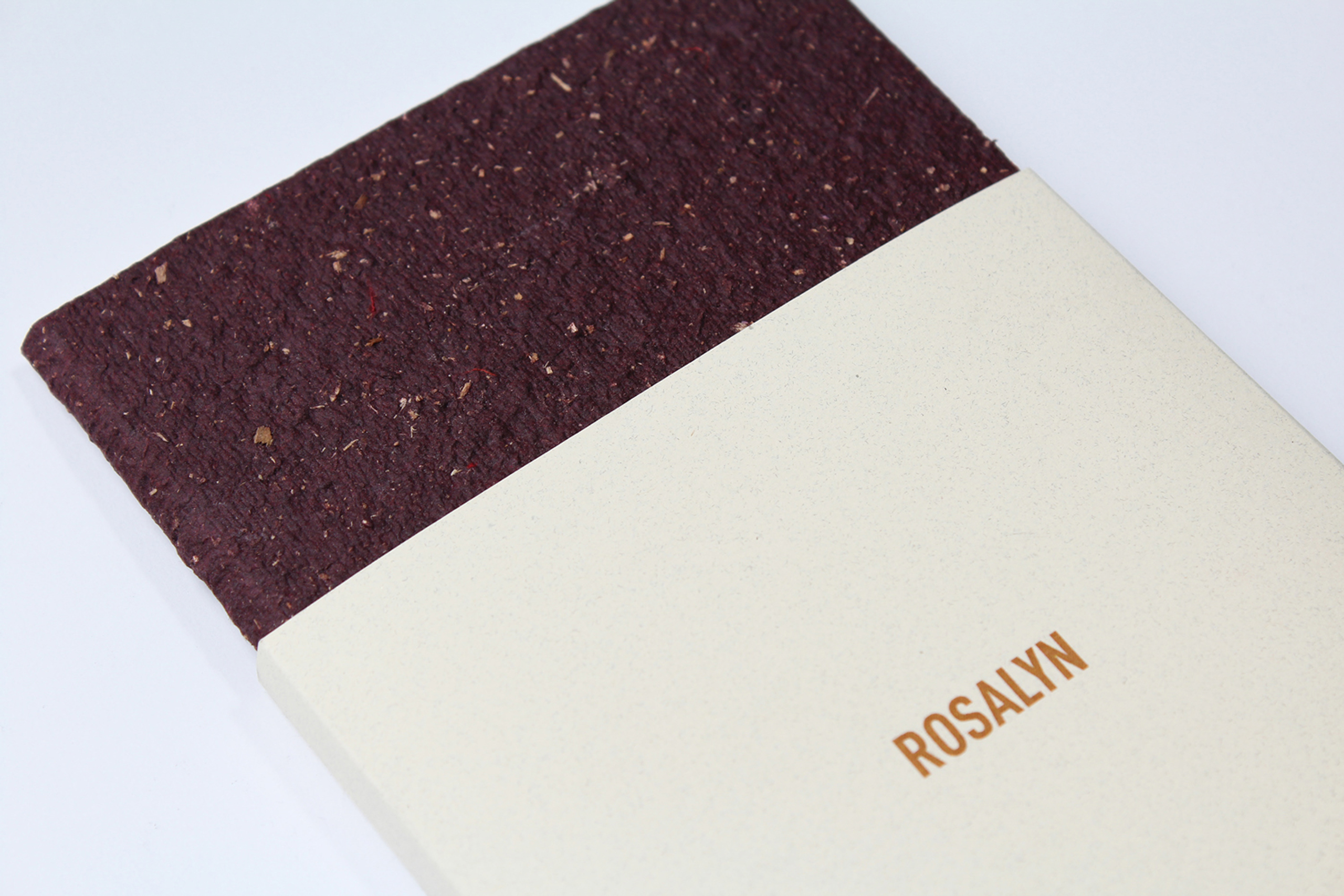 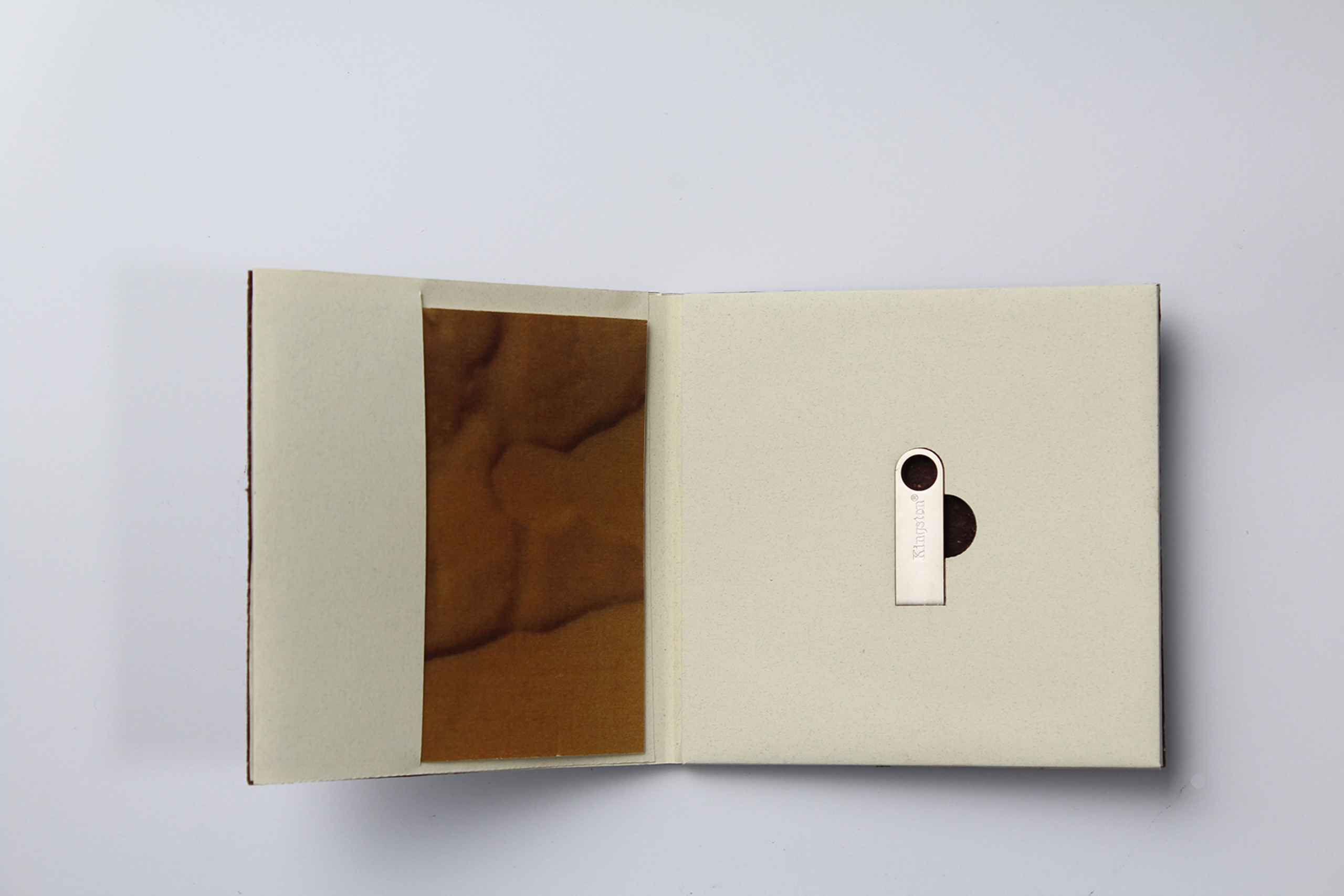 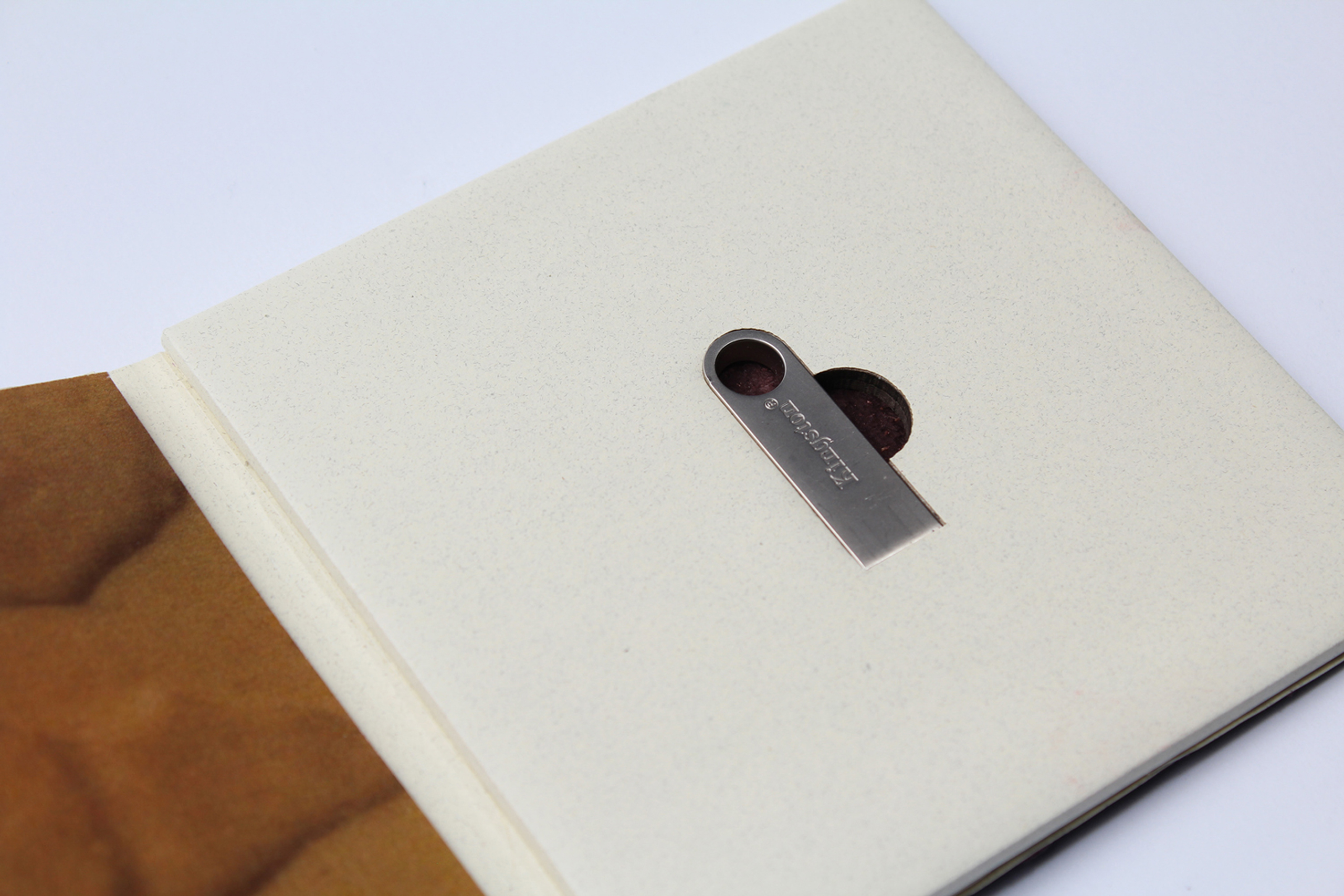 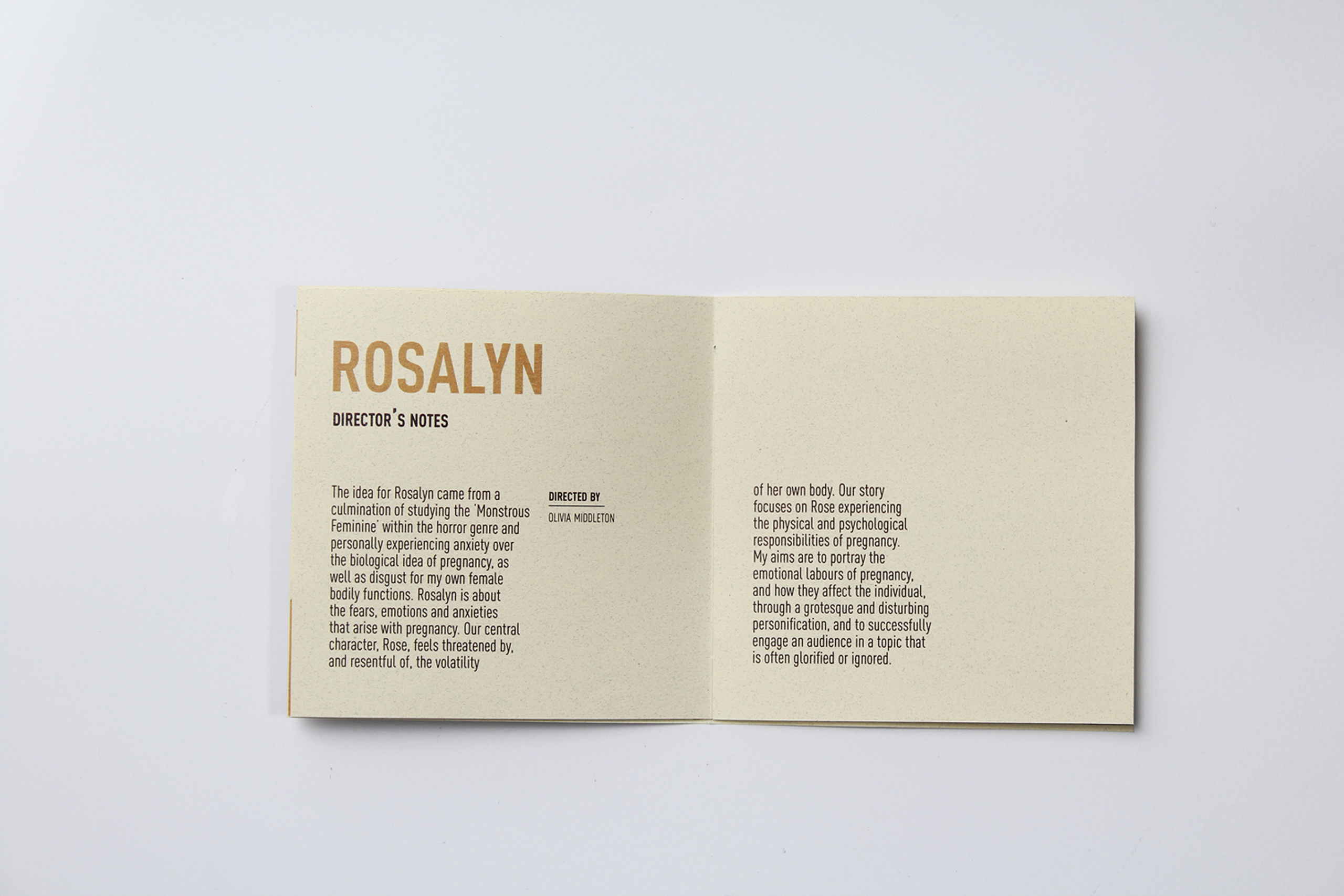 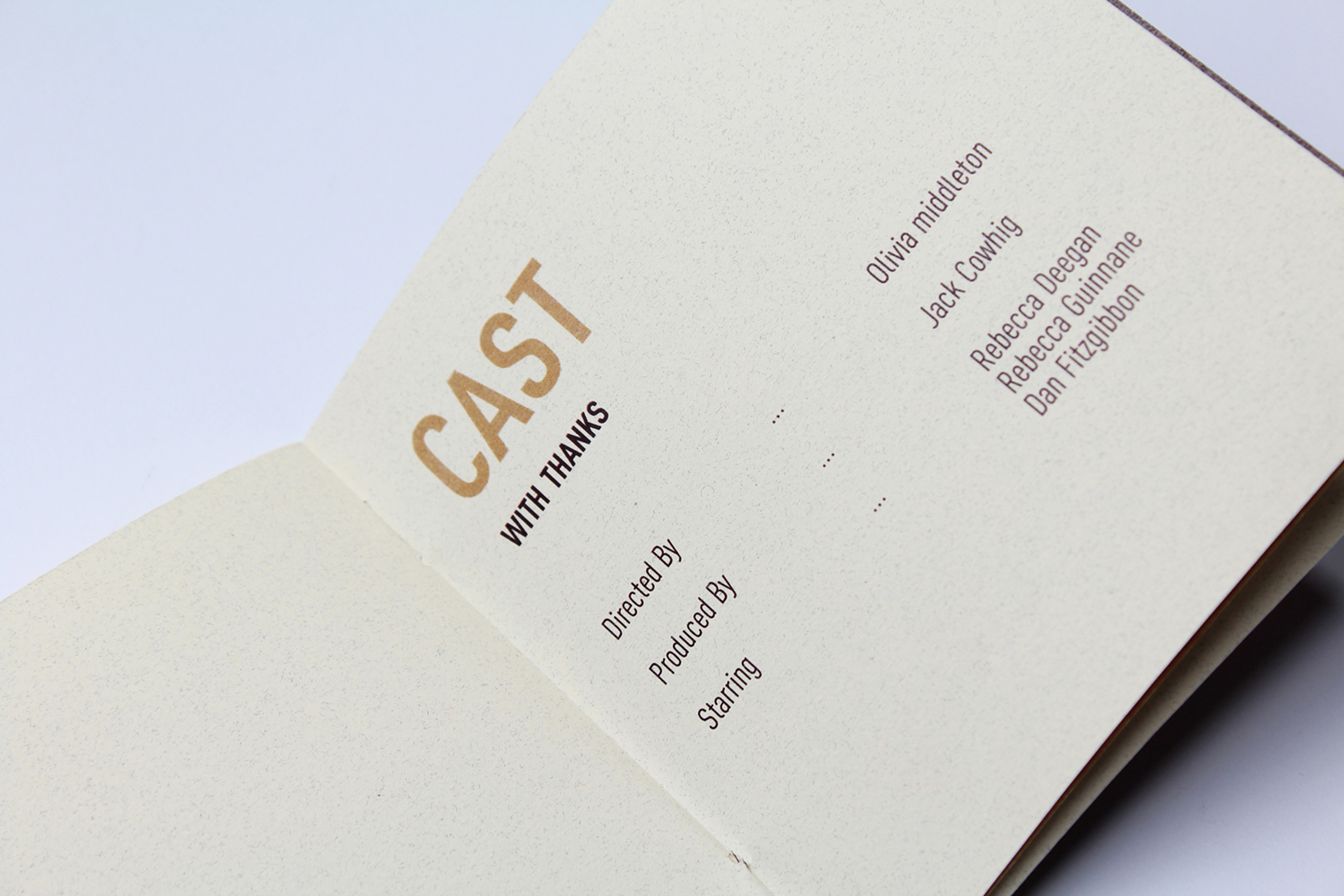